While redesigning the experience there was a lot of effort that was put into thinking about how the product could have a more streamlined experience while creating a more familiar editing environment for the user. How to create an advanced product with a robust feature set but allowing the user to minimize the panels required to operate the features. The challenge was including different flows that were cumbersome in the last design like switching between scenes. The editing of single media files was also done in a different feature set and outside of the editor before. The challenge was combining different product feature sets from different sides of the product and then combining the experience into a cohesive editor.

The goal was always to help the user find the most important stuff. so both the inspector and the layer panels are hidden in the beginning and only shown when the user selects an item on the layer list. The panels should therefore first be useful instead of being intrusive. The whole new UI should follow that concept while allowing the user to easily scroll between scenes instead of always loading a scene to edit it. Design a combined cohesive experience from different editors that exist and combine features while retaining minimalist panels and not a lot of intrusive panels and tool icons. 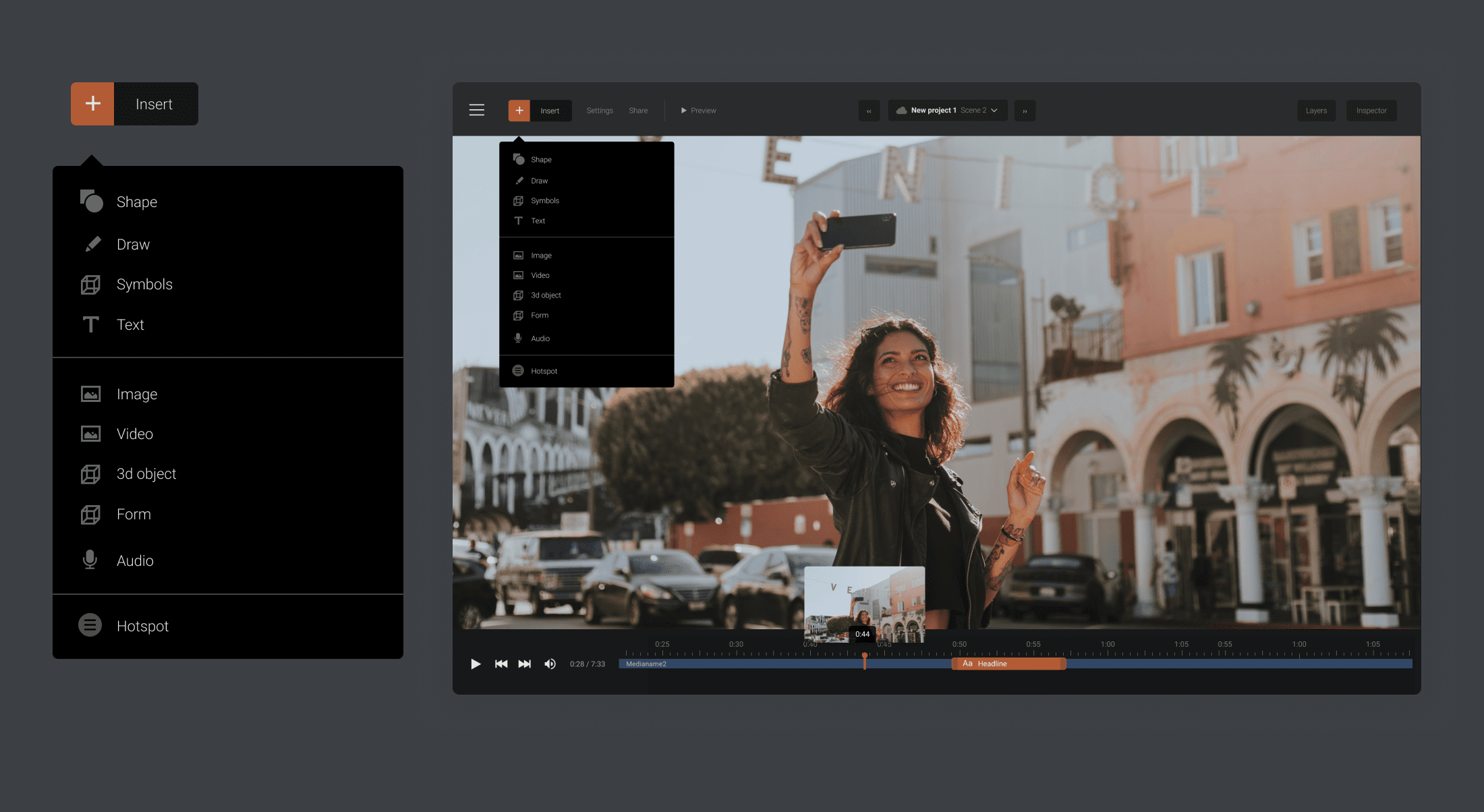 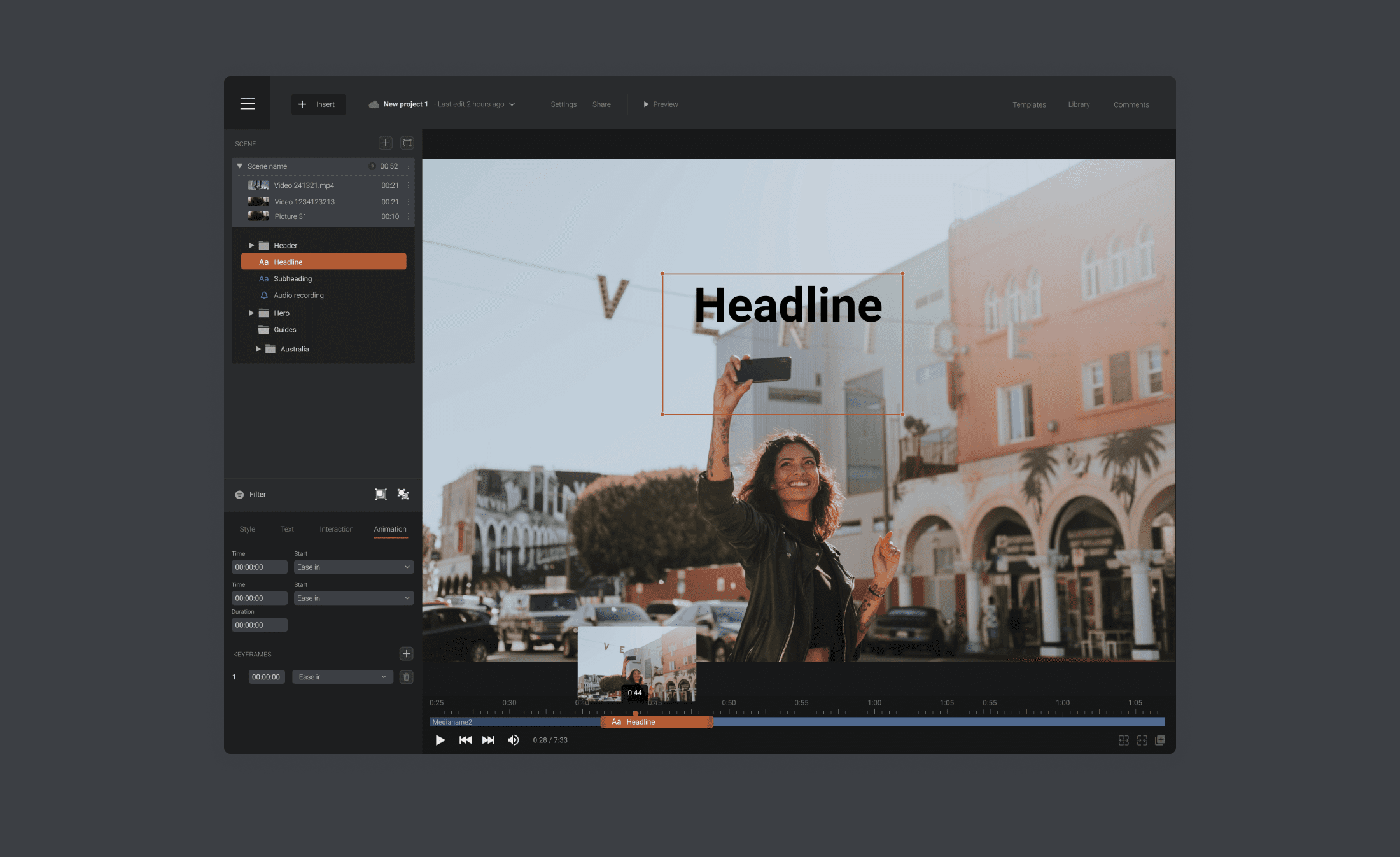 Get inspired by the industry greats.

Our speakers will get all your gears turning and provide you with plenty of food for thought.

Do not hesitate to get in touch with me. You can schedule a free 10 min call or slide in my email inbox.